[IMPORTANT NOTE: If you hate gear talk, skip this entry, and go forward or back in time to less equipment-inflected entries. There’s no point in getting pissed off at those of us who like shop talk — just walk on by.]

I am thankful at this very  moment for the sunny silence of my apartment, the morning stillness broken only by distant highway traffic and a loudly ticking bird clock that no longer sings and chirps on the hour — alas. Two teenagers will arise at any moment now and insist on turning on the TV to watch the screaming honking holiday parade, and I will have to help one of them chop the ends off five pounds of string beans. 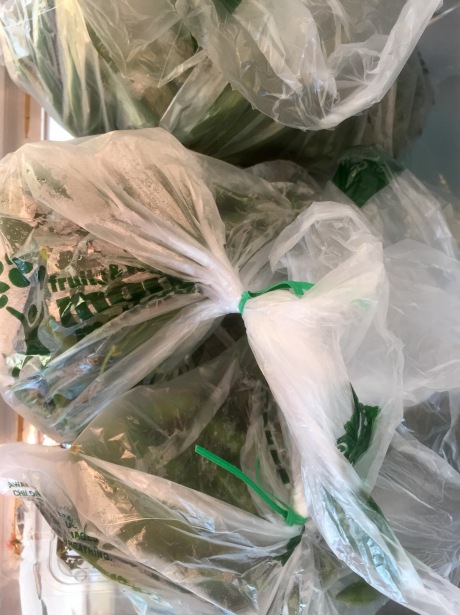 Refrigerator full of green beans, as rendered by my iPhone

But for now, I can contemplate Black Friday and my gear lust, renewed by my third foray into Fujiland. I’ve always wanted to be one of the cool kids, and so when the Fuji X100 came out and people like Zack Arias started hyping it, I wanted to be in their gang. So I bought an X100 and it drove me crazy. I could not get that sucker to focus. I mean — what were those other guys DOING? So I sent it back. A year later or so I ordered the X100S, and hoped for the best. It promised faster and more accurate focusing as well as all the goodies of the X100 in terms of film profiles, great JPGs right out of camera (which to a Lightroom fanatic didn’t seem all that exciting, but people WERE excited about that), and the classic “look” of the camera itself. Another epic fail, for me at least, and one of those soul-shivering disappointments at being left out of the cool kids gang AGAIN. 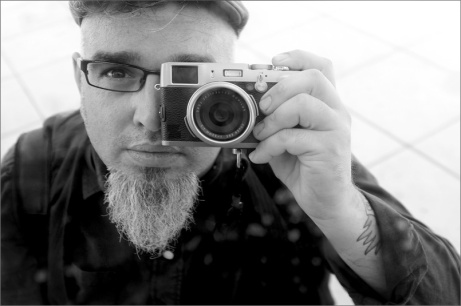 I’ve spent a couple of years entrenched in several other camera systems, with a side trip into yet a third that I ended up rejecting for reasons I still don’t quite understand (that was Sony, but enough said). Canon has been my standby, but now I use it only for sports, where it shines…..though I just can’t handle (or afford) the immense 70-200 lenses one needs to shoot football. I went through a season of rentals and then, fortunately, my football player became an actor and I could stay warm and shoot with lighter gear. Basketball is still my passion, though, and for that I use prime lenses because gyms are so DARK. 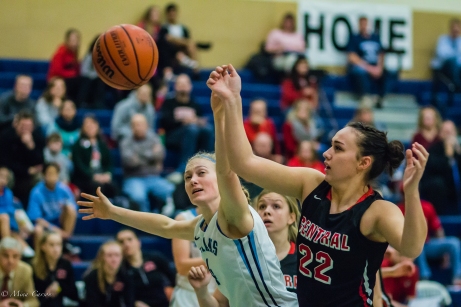 The other system I came to rely on is the Panasonic Lumix gear. I shoot a lot of events, and the shooter really needs to be not just quiet, but SILENT, in venues like church services, plays, talks, and even many concerts, where nearby spectators can be distracted and ultimately pissed off by the intermittent click-click-clunk of a shutter. The Lumix cameras with their electronic shutters can be made completely silent, and I love that. I have the Leica and Olympus prime lenses and a few presets in Lightroom that give my photos a “look” that I have loved. 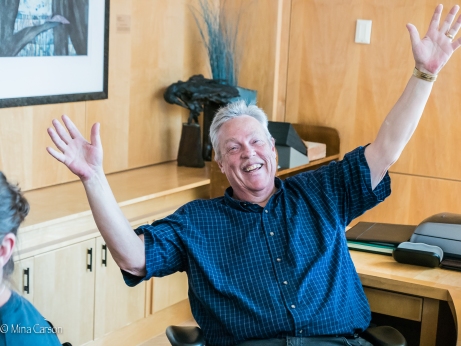 I traveled to Europe with the Lumix LX100 last summer. That adorable compact camera is a miracle: 28-75mm equivalent with an f/1.7-2.8 aperture. Perfect travel camera. I shot a LOT of stock with that camera. 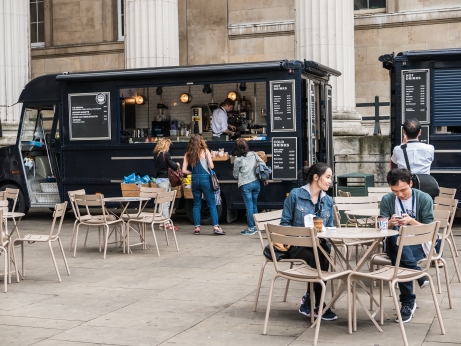 So why haven’t I been content? BECAUSE I’M A PHOTOGRAPHER, OF COURSE!! Not to tar all my colleagues with the Gear Acquisition Syndrome brush, but — well, they know who they are. I have a photo friend who went into the Fuji system and he showed me the JPGs from the X-T1, and I flipped out. Granted, he is a good photographer, and he took good pictures, and I had to factor that into the results. But still —

So when Fuji brought out the X-T1’s little brother, the X-T10 (why? who can possibly understand camera numbering systems?), I started paying more attention. And what’s not to love about gear reviews?

Thus, recently I started trading my Lumix micro 4/3  system for the Fuji X-T10 body and some lenses. Maybe it’s the persistent draw of the cool kids gang image. I just wanna be part of it. Here’s the happy outcome — I think the Fuji shooters are 97% right. (I’m being silly…but there is still that 3% persistent focusing issues issue.) Initially I shot RAW and JPG side by side, which chews up an SD card, but WHO CARES? The problem of course is write times, so as soon as I could examine the results, and determine that the out-of-camera JPGs were as good as or better than my Lightroom work, I had a little party in my head and overnight changed the way I shoot and process.

Last night I went back to one of my usual low light venues (a friend’s living room) with the LX100 to get some comparison shots. Maybe I deliberately jiggled the camera or did shoddy Lightroom work, but I’m still in love with the Fuji comparitors. Here are the two shots, with my incredibly picturesque friend Robby: 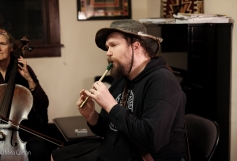 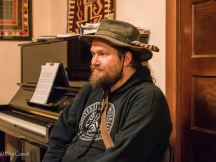 Now I’ll show you my handsome friend Mark in the same venue: 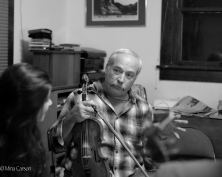 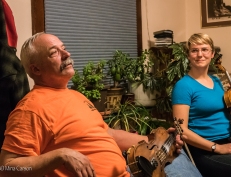 Mark with the LX100, RAW, and Lightroom JPG processing

(That’s also my lovely friend Hazel, who lets us play Irish music in her living room every week.) Of course, just as I have a bit of trouble disciplining the X100 series, so I’m not always a dab hand at WordPress, so the Fuji shots in both cases are on the LEFT, and the Lumix shots on the RIGHT. It is my fault that the Lumix shots are somewhat overprocessed and over-orange, but in my defense, the low light files, though good, have demanded additional correction. The Fuji experience feels a bit like cheating after all these years of Lightroom correcting, but I don’t mind the cheating because the outcome is so incredibly smooth and sharp. And did I mention the low noise? That’s what really creates the contrasts in the photo sets above. 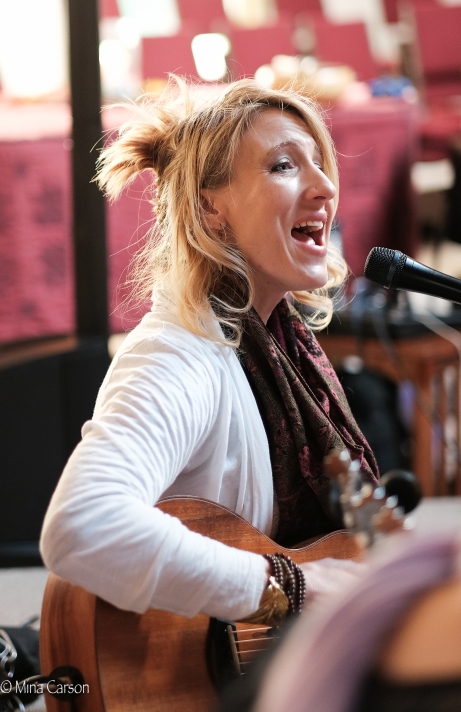 For the last year I have gazed longingly at the X100T, one more Fuji attempt to fix the flaws in the much-beloved X100 and X100S. I really  need to borrow or rent one to see what it’s like, but by the time you pay shipping and rental fees you might as well buy-and-return. (Don’t tell.) We shall see. Meanwhile, back to my usual reportage…and thanks for listening, if indeed you could stand it to the bitter end!