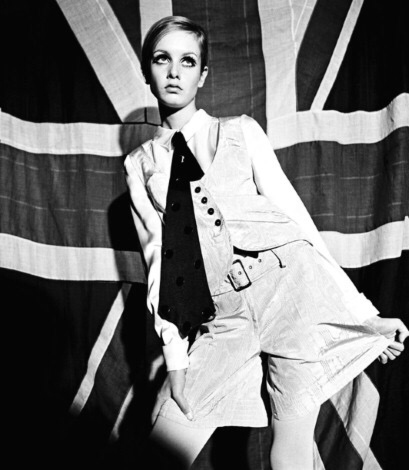 There are two provocative shows at London’s Photographers’ Gallery (Ramillies Street) this late summer season. Made You Look: Dandyism and Black Masculinity pushes up against our current obsession with identity politics…to the point for this old white woman where it feels uncomfortable to write about that fascinating show, so I will start with the second one.  Terence Donovan: Speed of Light memorializes one of the three bright lights, so to speak, who created the look of Swinging London in the 1960s. Along with David Bailey and Brian Duffy, Donovan used fashion photography to move history along. Ironically, Donovan’s own larger social vision, while still obscure, had more to do with Zen and judo than with collapsing gender roles and the enshrining of postwar deprivation as newly fashionable “twiggy” figures.  Still, though the style creation happened very fast, and was created more offhandedly than intentionally, it changed the way we saw the world. And, yes, it was all tied up with the Beatles and shifting class relations and the return of glitz and color to the streets of London.

Donovan in his heyday

It was even, of course, more complicated than this. Donovan’s story is a strange and sad tale, not completely mitigated by the fun of the images splashed over the walls of two floors of The Photographers’ Gallery. Donovan, like Bailey and Duffy, was born an East Ender. Duffy was the one who would characterize this “Black Trinity” (Norman Parkinson) brought to fashion photography in a way both comical and telling: “Before 1960,” Duffy said, “a fashion photographer was tall, thin and camp. But we three are different: short, fat and heterosexual!”

Each of these three photographers scrambled quickly up to broad notice — first among editors and then with the public — , and to do so, each had to navigate his way out of tough beginnings. Donovan’s East End roots would continue to show in his fashion shoots, in which he often used scruffy neighborhoods and tumbledown brick buildings as backdrops to the slender models and new clothes he was highlighting. 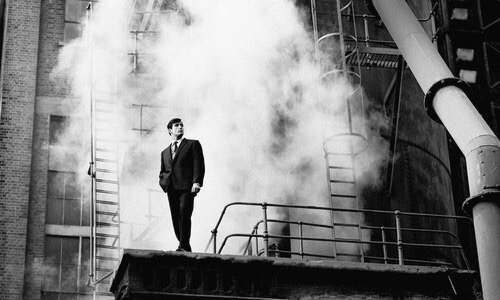 This was also the era of models with names: models as celebrities. Both Jean Shrimpton and Twiggy emerge in this period. Shrimpton and Bailey, in fact, were an item. This was also the era of Vidal Sassoon and the great haircut, as opposed to the great hairSTYLE. Fashion was simpler, more revealing, yet not necessarily always sexier. It has often been observed that there was a gamine-look to these new models.Well, maybe not so much Julie Christie. Sheesh. (An enjoyable analysis of 1960s London is by Shawn Levy: Ready Steady Go: The Smashing Rise and Giddy Fall of Swinging London [2002].)

Julie Christie — the Donovan photo that may have launched her career

Donovan shot everybody. He was brilliant with men as well as with women. This iconic view of Terence Stamp takes us back to the drama and elegance of earlier twentieth-century portrait photography (e.g., Cecil Beaton). His rapport with the beautiful and gracious Princess Diana gave us portraits to remember her by. 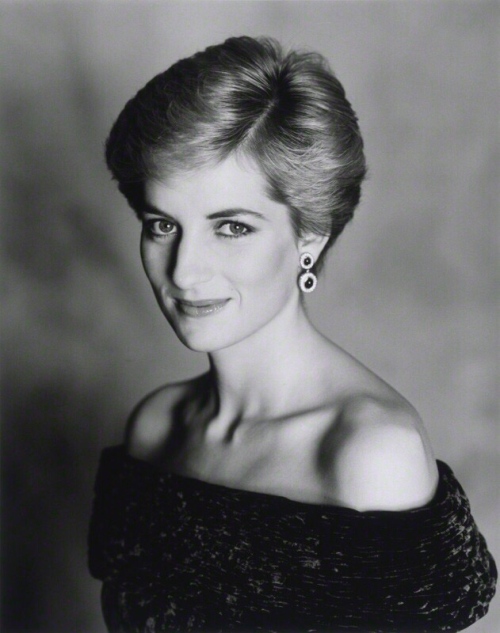 And of course, Roald Dahl, a hero of my own middle school years….. 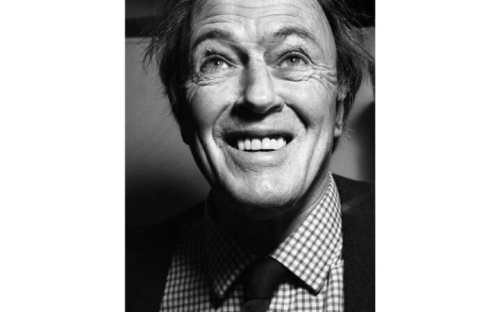 The sad part is not the East End origins (he returned over and over, and kept in touch with family and friends), nor what could be dismissed as the emptiness or superficiality of fashion photography. The heck with THAT idea. And Donovan along with his photographer peers truly enjoyed the piles of money they made for the good work they did. The sad part is that at the age of sixty, still doing  beautiful work, Donovan suicided. Nobody really knows why, even the widow he left through death after twenty-eight years of marriage.  He had just finished a wonderful if thoroughly male-dominated spread for GQ of portraits of rock stars, many of which are present in this career retrospective. Donovan is also the director who created Robert Plant’s notorious 1986 ‘Addicted to Love’ music video, with the zombie female models bumping and swaying to Plant’s vocal as they pretend to play guitars. Icky poo. But it made a big splash.

Apparently there had been no warning that any of his intimates could recall that Donovan was desperate enough to take his own life. He made a practice of leaving each project behind, his negatives and contact sheets carefully marked, filed, and boxed up. He always looked forward to the next challenge and kept his work supple. There was his hidden nature –even his wife Diana found him enigmatic—but no scandals have broken since his death. And the trio, along with the other style-makers of the 1960s, have only gotten more firmly ensconced in our aesthetic and cultural pantheons since the turn of the century. I meant it about Zen, and so did he. He was also a black belt in judo and wrote a book about the martial art. As I said, enigmatic. But what an eye.